Back in January 2018 my dog tore one of his CCL and I was told he was going to need surgery. I was not excited about the idea of surgery. I researched a little about conservative methods, but for an active dog like mine, it didn’t seem to work as well. I went to see the surgeon that the vet referred me to and  he told me my dog would need TPLO if I wanted my dog to get back to his normal activities. I was still nervous of the idea of surgery after hearing all the potential complications, but decided to do it.

Nigel had TPLO early February when the complications started. The first complication was the surgeon breaking the drill bit inside my dog’s bone. He said he tried removing it but ended up leaving it, saying it would cause more damage to remove it and assured me it wouldn’t be an issue. So, a surgery I was told would be 1hour and 30 minutes took about 4 hours. Needless to say, the longer the surgery, the higher the risk of infection. (According to some research paper I read, for every minute increase in surgery time, the risk of SSI increases by 7%).

We went home and started recovery. Everything seemed to be going normal. After a few days, my dog was putting weight on the leg, and we followed the plan given to us. We started with very mild physical therapy the second week post operation. All seemed okay, he was walking on it but just wasn’t putting weight on it while standing still.

2 weeks post, we went back to the surgeon to remove sutures. As he was bringing my dog back to the room, my dog slipped did a split with his back legs and yelped. All I could think was the implant broke or something. I had to ask the vet to please check my dog, as he was not even addressing it. I couldn’t believe that a doctor that just performed surgery on a dog 2 weeks prior was not more cautious when handling a dog on slippery floors (be extremely careful on slippery floors). He checked his leg and said everything was fine.

We went home and back to PT.  I told the therapy vet about what happened. She examined my dog and said he had pulled a muscle in his groin area that it would probably set us back a few weeks while it gets better. About 4 weeks post, he started lifted the leg up a lot, not sure why, and didn’t want to do his PT exercises anymore. A few days after that, some bloody discharge came out of his incision. He had an infection and was put on Chloramphenicol for 5 weeks after culture came back with MRSP.

After that, I didn’t trust our doctor anymore and decided to find another one. My dog was doing slightly better after a few weeks of antibiotic, but was still not bearing much weight on the leg while standing still. The second surgeon, 8 week post op, did a bunch of X rays to make sure everything else was okay since he had so much atrophy and was lame. Bones had healed well and everything else looked fine. He removed some thick fluid and sent for culture which came back clean but cultures often give false negative if you are on antibiotic. He just said all looked fine to continue light PT, stop antibiotic and Rimadyl, and give it more time as some dogs take more time. I was still not convinced.

We continued PT. One week was better, then the next not. After a few weeks, the PT vet said it was most likely “psychological” to try putting him on Rimadyl again and see what happened. It helped a little, but I stopped Rimadyl after 2 weeks as he had been taking it for 3 months straight from day of injury and long term use of anti-inflammatory is not good. I was still not convinced it was psychological, so 4 months post, I went to get 2 other opinions.

One surgeon said some dogs take more time, and to give him another 2 months and if no improvement we could talk about implant removal. The other surgeon, right away after reading all the reports, knew immediately that we needed to remove implant. Once you have a surgical site infection, the infection creates biofilms and hides in screws and implants. The only way to fix it for good is by removing the source of infection, which is the implant. A few weeks later, that doctor successfully removed implant as well as broken drill bit that was left there. WOW!! What a difference! From the day I picked up my dog after surgery he was already bearing full weight on it 80% of the time and was much more upbeat.

It turns out he had osteomyelitis, a “bone infection”, and the meniscus was not removed properly by first surgeon, so this new surgeon removed it completely by arthroscopy, which the first doctor didn’t use. Worst of all, the first surgeon had used an older type of implant (Slocum implant type) that has been associated with bone cancer. Bone biopsy came back clear but imagine I had chosen not to remove this implant what could have happened. I actually prefer not to think about it, it makes me sick to know some doctors still use those type of implants and that some dogs will suffer so much because of that.

The implant removal surgery was a lot less invasive than original knee surgery. There is no drilling bones, so they are not in as much pain and it’s less recovery time. The most important thing our surgeon told us, is for the first 4 weeks you have to keep your dog very controlled as the holes from the screws (stress risers) make the bone more fragile, but after 4 weeks there should be good bone filling, but no running or jumping until weeks 6 to 8.

4 weeks post implant removal surgery my dog is doing good, infection is gone, his muscle has grown a lot already, he is happy and so am I after the longest and most stressful year ever. We started light PT on week 3. He had a slight regression mostly due to soreness for starting to use his muscle more after he was kept confined for 2 weeks. 4 weeks post op x-rays show the screw’s holes are filling well and he was giving the OK to be let off leash in a few weeks. Removing that implant was a difficult decision to make because of surgery risks but it was definitely the best decision I made, thanks to that one surgeon.

So for those of you thinking of doing TPLO, there are important things to know and ask if you are going to put your dog through knee surgery. I would definitely meet more than one surgeon and get more than one opinion, make sure you ask what MANUFACTURER OF IMPLANT they use and if they say Slocum or Slocum style, RUN AWAY. Do your research on the type of implant they use. Make sure they use an arthroscope to look into the knee and see the damage. Always ask what their percentage rate of infection is and make sure their facility looks extremely clean. Also, between TPLO and TTA, in case implant needs to be removed, I read it is easier to remove a TPLO implant than a TTA, so please take that into consideration also when you chose which type of surgery.

It is very important to choose the right surgeon, even if they charge a little more because they use more up to date technology, in the end you might save by avoiding extra costs because of complications and infections. Follow your doctor’s orders as indicated. Make sure your dog does not EVER lick his incision until healed.

I know this is a long post, but I just hope this helps other people not having to go through what my dog and I went through. I was told about 10% of TPLO surgeries have complications, but honestly when I read the people stories here, it seems to be a lot higher than that.

I wish I had known to ask all that before but this was my first experience with that and hopefully the last as it was the most awful and painful experience ever to put my poor baby through. After this awful experience, if I am ever faced with another dog that tears their CCL, I will do absolutely everything possible to make conservative management work before putting another dog through this tough surgery. Now my dog is on Cosequin which he was before but we also added Omega 3, Ligaplex ii and Jing Tang Tendon/Ligament herbs.

If anyone has any other supplements to suggest, please do. I’d like to hear. 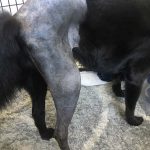 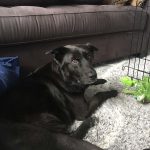