You are here: Home › Tightrope Surgery and Golden Retrievers – Mylah

Mylah is a purebred Golden Retriever and will be 2 years old this month. She tore the ACL in her right leg in June and immediately had surgery. We are almost 6 months post-op and she still drags her leg and her nails get filed to the point of bleeding when she walks.

I decided to go and get some rehab for her, only to find out that she has now torn the ACL in her left leg. Now what has me and the vets confused is that she still is favoring her right leg despite the fact her left leg has a torn ACL. The vet has not offered much of an explanation except to say that the repaired knee is intact but that she may have torn some of her meniscus. He said that it was fine when he performed the surgery. He said there is the possibility that her hips are a problem.

I have scheduled her for surgery to repair her left ACL but am concerned because it doesn’t seem she healed well from her first surgery. Has anyone experienced a similar problem? 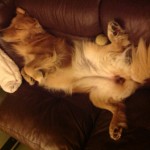 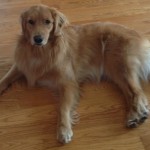 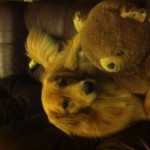 One Response to Tightrope Surgery and Golden Retrievers – Mylah