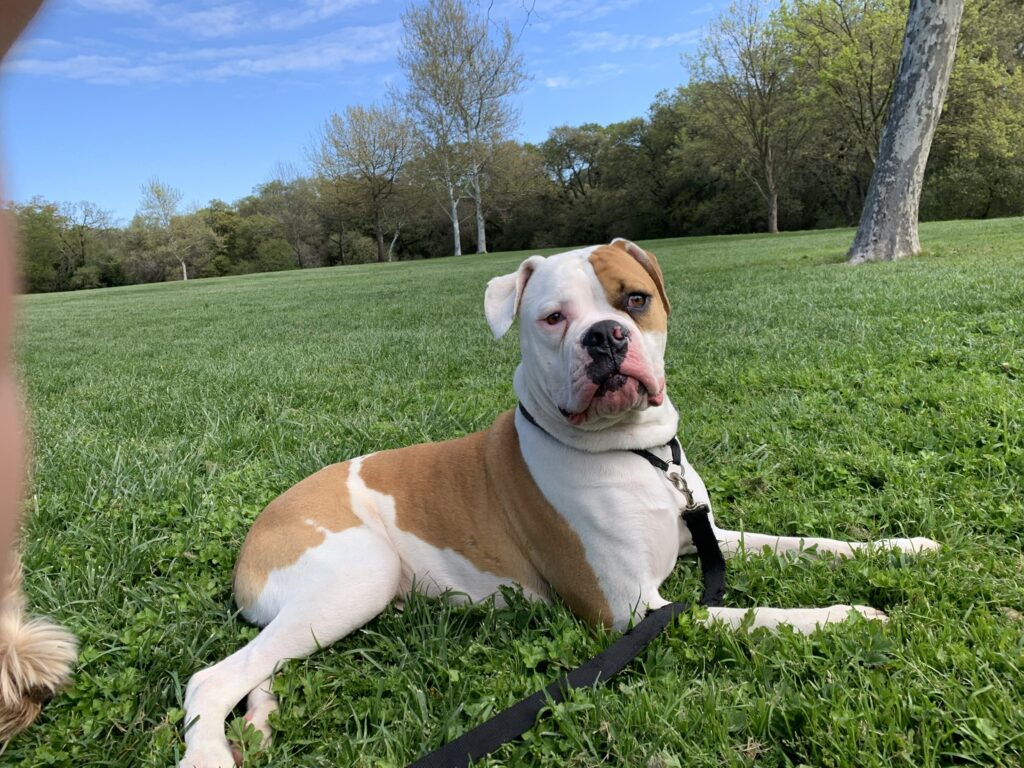 Saul is a Johnson American Bulldog. He is a big-boned breed he’s 17 months. and 80 lbs. He could not do things I thought he should be able to. He often wined for no reason. Often he would limp. I thought his hips looked narrow for his chest.

I brought him to the vet and he needs bilateral TPLO and has 1 hip with dysplasia. At that point, his growth plates had not closed. My dog is in pain often he needs 3 surgeries he is so young. I’m not sure if it’s the best thing he will need multiple surgeries, long recovery, the success rate for the larger breeds is not as good as it is for smaller dogs.

Has anyone had all 3 surgeries done on their dog? He is a large dog, he is active, Even after that will he be uncomfortable. He is one of the sweetest dogs we have ever had, easy to train, has lots of dog friends he used to love to play with. I can’t even imagine the scenario of bringing him to the vet to put him down. I also can’t imagine doing all that to a dog would it be for me or for him.

Oh yes and I forgot the $$$. It will be expensive and that’s if nothing happens ( infection) it could be much more. These were not injuries it was from birth. What would some of you do? Thank you for reading.