Skip to content
Home » QLF Surgery: What Is It and Is It The Best Option For Your Dog’s Torn ACL? 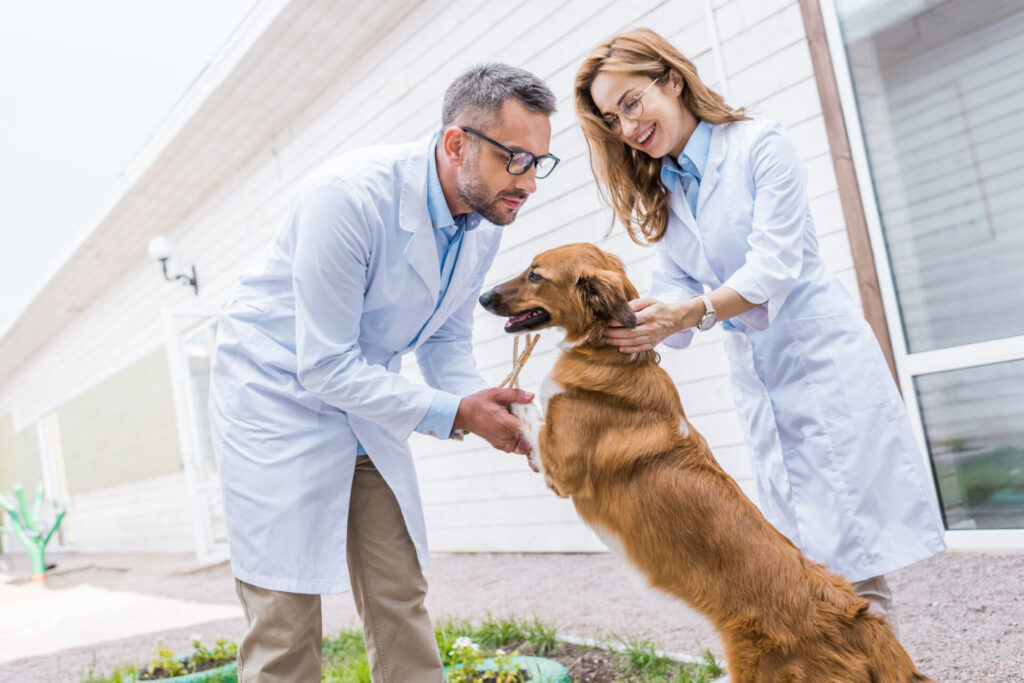 Ruptured, torn, or partially torn ACL’s in dogs are so common that it is not surprising new technologies continue to develop to treat these injuries. QLF or MLFS surgery is a progressive operation that is  much less common than its counterparts, but may be just the answer you and your dog are looking for.

QLF (Quadri-Lateral Fabella) or MFLS (Multi Filament Load Sharing) was discovered by Dr. Murtha who was looking to find a way to work with mother nature, rather than against her during dog knee surgery and as a result QLF surgery was born. (1)

Unlike other dog knee surgeries, QLF surgery does not attempt to redesign the structure of the knee joint, but rather provides additional weight bearing support. Proponents of the QLF surgery believe that the dog knee joint is essentially well designed, but will need a little extra support if it is torn.

This article will review the differences between other types of dog knee surgery and QLF surgery, as well as the essential procedure involved in QLF surgery.

What Is The Difference Between TTA or TPLO surgery and QFL?

TTA and TPLO surgery fundamentally changes the anatomy of a dog’s knee by creating a major adjustment to the slope of the knee itself, while QFL surgery trusts that the design of the dog’s knee is fine and adds additional support to the knee joint.

Dr. Murtha (the creator of QFL surgery), suggests that this procedure uses the best of mother nature instead of attempting to superimpose a ‘better knee’ into dogs:

“Rather than attempting to redesign the anatomy of the canine stifle and reengineer the biomechanics of the joint, the QLF procedure simply re-stabilizes and reinforces what mother nature created in the first place. The anatomy of the canine stifle is virtually identical to the human knee, and in fact, the anatomy of this joint is (with the exception of some more exotic species) pretty much identical and pervasive throughout all mammals. This anatomy and its biomechanics have withstood the test of time, surviving and perpetuating over millions of years of evolution. Why is that? Because it works. Who among us would choose a human redesign of this anatomy over mother nature’s tested and proven design that has survived and thrived for millions of years? Try outrunning a sabre tooth tiger!” (2)

Proponents of TPLO or TTA surgery would suggest that if the dog’s knee joint was designed naturally so well, then why are there so many tears to a dog’s ACL?

As with any veterinarian surgery only you, the owner, can decide what is the best option for your furry friend.

What Are The Mechanics of QLF Surgery?

The basic science behind QLF surgery is to provide load sharing using ‘bridge cable like’ support to the load bearing portions of the knee. QLF surgery utilizes load sharing among several synthetic nylon filaments, that are essentially artificial ligaments tactically aligned to provide ‘back up’ for the pre-existing natural ligaments.

The implanted synthetic nylon is able to bear significantly more weight than a natural ligament, without changing the fundamental anatomy of the dog’s knee. Each nylon filament shares the overall weight placed on the dog’s knee while maintaining optimal mobility.

The premise behind QLF surgery is that the artificial ligaments are multiple and that with several in place, there is a ‘security net’ in place for your dog’s knee. So, why might an individual choose this surgery over some of the more traditional varieties?

What are some of the advantages?

The biochemical interchange between the artificial ligaments made of nylon and the dog’s natural ability to produce collagen to strengthen connective tissues is symbiotic.  After surgery, the collagen that is naturally produced by your dog will begin to encase the synthetic nylon filaments, and over time this evolves into a stronger knee than ever before.

The next two benefits to QLF surgery are interrelated.  Only 11% of dogs who undergo QLF surgery require an operation to the opposite knee.  It is believed that because the recovery time is much shorter with this model, the other opposite leg bears less weight through extensive compensation through limping.

The recovery time with QLF surgery is estimated to be around two weeks.  When you go back for a follow up check to have sutures removed, there should be little to no limping. A shorter recovery period is great for a lot of reasons, one is that less strain is placed on the opposing knee joint, so in the long run your dog is better off.

You may be wondering, sign me up, QLF surgery sounds great, so what is the catch? The greatest challenge with QLF surgery is finding a veterinarian who is actually qualified to perform it.

QLF surgery is rarer and somewhat challenging to perform.This requires the right doctor to do the surgery.  It will take longer to find a clinic that offers this alternative operation for dog’s knees, but may be worth the extra effort to avoid changing the fundamental knee structure of your dog.

6 thoughts on “QLF Surgery: What Is It and Is It The Best Option For Your Dog’s Torn ACL?”