You are here: Home › TTO Surgery for Dogs

While still not very common in the US, the TTO is one technique available to repair a torn dog knee ACL ligament. The idea behind the TTO is to combine aspects of the TPLO and TTA to create a new angle within the injured knee joint. The goal of the TTO, or Triple Tibial Osteotomy, is to create a 90 degree angle between the tibial plateau and patellar tendon while the knee is extended.

During a TTO CCL surgery a veterinarian will make three cuts (where the “triple” comes from) into the dog’s tibia.  These three cuts into the tibia bone will allow the surgeon to then rotate the tibial plateau slightly (as they do in a TPLO), while moving the tibial tuberosity forward slightly (as is done in a TTA).  When the adjustments have been made, the veterinarian will screw a metal plate directly onto the bone to hold the new position.  After these cuts and bone angle changes are made the result is a 90 degree angle within the knee joint when the dog’s leg is in an extended position. 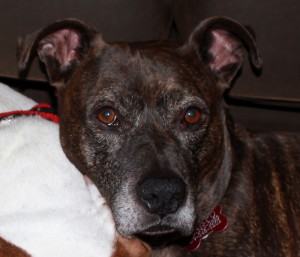 It is the opinion of some veterinarians that the TTO is the best dog knee ligament surgery because it, in effect, molds the bone into a new shape.  According to a study done in New Zealand, there is a very low incidence of implant failure associated with the TTO, with most patients experiencing good post operative results.   Another benefit of this procedure, according to veterinarians, is that the TTO technique is relatively easy to learn.  It does not require expensive instruments to perform, and the technique can be easily replicated on dogs of all sizes.

8 Responses to TTO Surgery for Dogs