You are here: Home › TPLO vs. TTA for Cranial Cruciate Ligament Repair

TPLO, or tibial plateau leveling osteotomy, and TTA, or tibial tuberosity advancement, are two very new and biomechanically similar surgical techniques. Both the TPLO and TTA create stability within the dog stifle by altering the angle of the knee and using implants to hold the knee in place while the joint heals in its new position. The TTA procedure is actually a modified version of the TPLO procedure, using the removal of bone of the tibia to allow the restructuring of the stifle’s angle, which is subsequently held in place by metal implants.

So which is better, TPLO or TTA?

Well, if your veterinary surgeon has no experience performing TTA’s, as it was only introduced to US surgeons starting in 2004 so many vets do not, you will want to opt for the procedure with which your vet can demonstrate proficiency and results. Many veterinary surgeons perform both TPLO’s and extracapsular imbrication techniques, but there are not many who perform all three. If you have the option of choosing between a surgeon that does a TPLO and a TTA, and have an active, large breed dog that would not do well with a traditonal, or extracapsular imbrication, repair, you will want to weigh all the characteristics of both procedures.

Which is less invasive?

The TTA is surgically less invasive than the TPLO. The amount of stifle angle shifting that takes place during a TTA is minimal when compared to that of a TPLO, where the tibia (the weight bearing part of the knee joint) is surgically cut and altered. In the TTA the osteotomy is made into the tibial tuberosity (not a weight bearing part of the knee joint), not the tibial plateau itself, giving dogs a greater ease in healing, recovery and overall success of the procedure.

Which has a shorter recovery time?

The TTA, because it is a surgically less invasive process, has a shorter recovery time than the TPLO. While most TTA and TPLO dogs are able to begin weight bearing within the first 24 to 48 hours postop, TTA dogs continue to improve with time, whereas TPLO dogs often demonstrate a more gradual healing process taking place over months instead of weeks.
Which has less risks of complications?

The TTA carries less risk of surgical and post operative complications, including surgical failure, again due to the fact that the surgery itself is less invasive than the TPLO. The TTA uses titanium implants, which carry less risk of infection, rejection and hold up better than the stainless steel implants used in TPLO. Also, because the TTA is a simpler procedure to perform, there is less time spent in the operating room, which means less of a chance for infection or anesthesia related complications. Ultimately the risk of complications is related to the surgeon performing the procedure, with the rates of complications for TTA being low, due to the simplicity of the surgery, whereas rates of complications from TPLO are higher because of the amount of skill required to perform such an invasive procedure – catastrophic failure can occur when an unskilled veterinarian performs a TPLO.

What does each procedure cost? 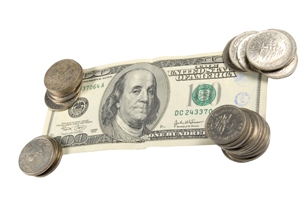 The least expensive method of cranial cruciate ligament (or CrCL) repair is always going to be the extra capsular imbrication method, as it does not require the use of any implants or an osteotomy procedure, and you can expect to pay between $700-$1100 to have a traditional repair done. This procedure can be a great option for many dogs, and I encourage all owners to read more about its risks and benefits when considering surgery for a CCL rupture.

When comparing the TTA and TPLO, the TTA is less expensive, and this is due to the simpler nature of the procedure as well as the fact that it does not require as much equipment, despite the fact that titanium costs more than stainless steel. A typical price for a TTA will run between $1500-$2000 vs. a TPLO ranging between $2200-$2700, which usually includes all of the pre-operative testing, postop medications and post-op visits for suture removal, bandage removal (if applicable) and radiography.

260 Responses to TPLO vs. TTA for Cranial Cruciate Ligament Repair