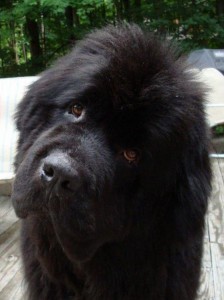 We have a 140lb. Newfoundland. He is very active and blew out his right CCL 6 years at 18 months. It started with a tear. He wiped out on our tile floor. We were devastated.

We took him to a specialist. He immediately wanted to cut. That didn’t give us the warm and fuzzies. We then went to another about an hour away from us. He said the ligament was torn, but not ruptured so there was hope. He suggested waiting to see what happened.

Well, a month or so later, Porter blew his knee completely. Started just toe tapping and wouldn’t put much weight on it. We went back to the vet and he suggested TPLO. We went through with the surgery. About $4,000! It’s heavy duty surgery. But, Porter came out in flying colors. Took a solid 7 or 8 months before we let him off leash, but the surgery worked pretty well.

I say pretty well because he’s always been a bit light on that leg since then, but he runs, jumps and doesn’t show any signs of discomfort.

Everything was great until December, 2009. That’s when he started limping on his left side. He had now injured his other knee, which is about a 50/50 chance with large breeds after they have one knee rupture. We’re not sure what he did, but he is very active and runs/jumps all by himself, so he probably fell in our yard or running up our stairs. 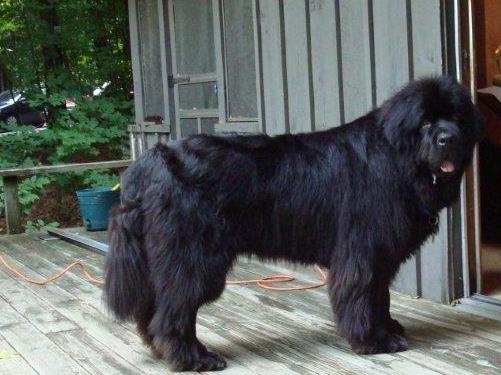 This time we did a lot of research about Conservative Management. We really didn’t want to put him or us through surgery again. After speaking to a couple of different vets and people who had gone this route, we decided to take a chance. The vets really didn’t give us much hope as they said usually CM only works on smaller animals, but it was worth a shot.

Porter was confined in a small room and when we were home we’d let him out, but only under VERY close supervision. He was always on leash. No stairs, no walks except for potty breaks in the yard. He was confined to a 3×5 area when we weren’t home. This went on for 3 months.

At that point we started short (5 minute) walks a couple of times a day. still always on leash. From that point we increased his walks over time to about 15 minutes by 6 months.

We had one setback about 2 months in. We didn’t pay attention for a second and he bolted (as I said, he’s very active and wanted to run badly). He ended up limping again! From this point we were militant about keeping him calm. This is easily the most important thing to keep in mind during your dogs recovery. DO NOT Rush…healing takes a long time to occur.

At 6 months we let him off leash in our yard. He was still supervised and we didn’t let him run. A little trotting was about it. We continued to walk him 2 or 3 times a day for 10 to 15 minutes a time. Every month we’d give him a little more freedom. By 12 months you’d never even know he was hurt!

Now (Nov, 2011), He’s now back to full activity…swimming, running, acting like a nut! We still don’t allow him to jump off things and we don’t chase him a lot or let him deak back and forth, which puts a lot of stress on knees. But, other than that, he’s free to do as he wishes. He couldn’t be happier. 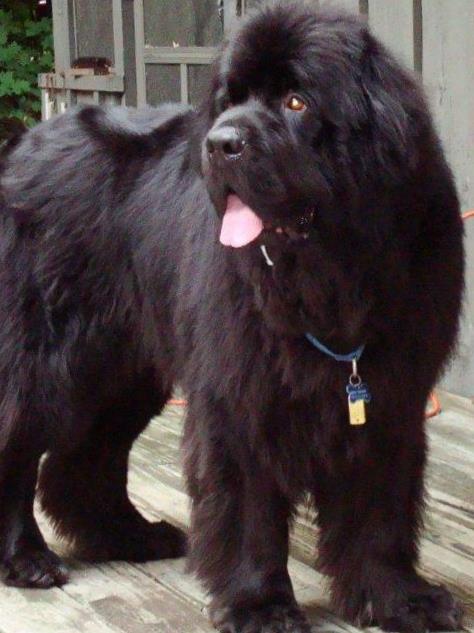 We put Porter on various supplements…fish oil, vitamin E, Glucosomin/chondroitin. We also cut his food slightly to be sure he didn’t put weight on. We continue with the supplements to this day.

We also started him on Adequan. This is a miracle drug for arthritis pain! we give it to him once every 6 weeks and you can see the difference in him. It’s incredible. I highly recommend it. Find a vet that will let you inject it and you’ll save a ton of money.

We read much of this site before deciding on CM. Many people make the same comment about their dog being too active and thinking they won’t be able to control them or the dog will be too sad sitting around all day. Believe me, it’s harder on the owner than the dog. If you have the willpower to control your dog, you can do this. Really, it’s not much different than TPLO. You’d still have to keep the animal calm for months.

One interesting thing, last year we had Porter’s right knee xrayed. It was quite damaged by arthritis. We were told that was one of the main reasons to undergo surgery…to reduce arthritis. That apparently didn’t work! Some day we are going to have both knees xrayed to see the difference.

A final thought…my wife blew out here knee for a 2nd time last year. We went to one well known surgeon…he said he needed to operate.

Based on Porter’s outcome, we were somewhat skeptical. We went to NYC to see another top notch surgeon. He said no surgery…basically follow the same CM idea. It’s been a year now and her knee is doing very well without surgery! 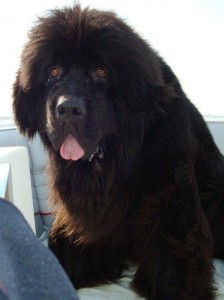 To sum it up, CM worked very well for us. I would highly recommend trying it, but you HAVE to COMMIT yourself to it. It’s going to be hard, but if you stick to it, it can work. I’m sure there are cases where surgery is the only way out, but don’t be too quick to decide on this route. I don’t see any reason to not try CM before cutting.

I definitely don’t buy the idea that arthritis will be worse if you wait…we didn’t wait and Porter still got pretty bad arthritis in the repaired leg.

I know if you’re just going through this now with your dog, you’re probably very upset. Believe me it’s not the end of the world. Your dog will get better…it’s just going to take some time and a lot of care.