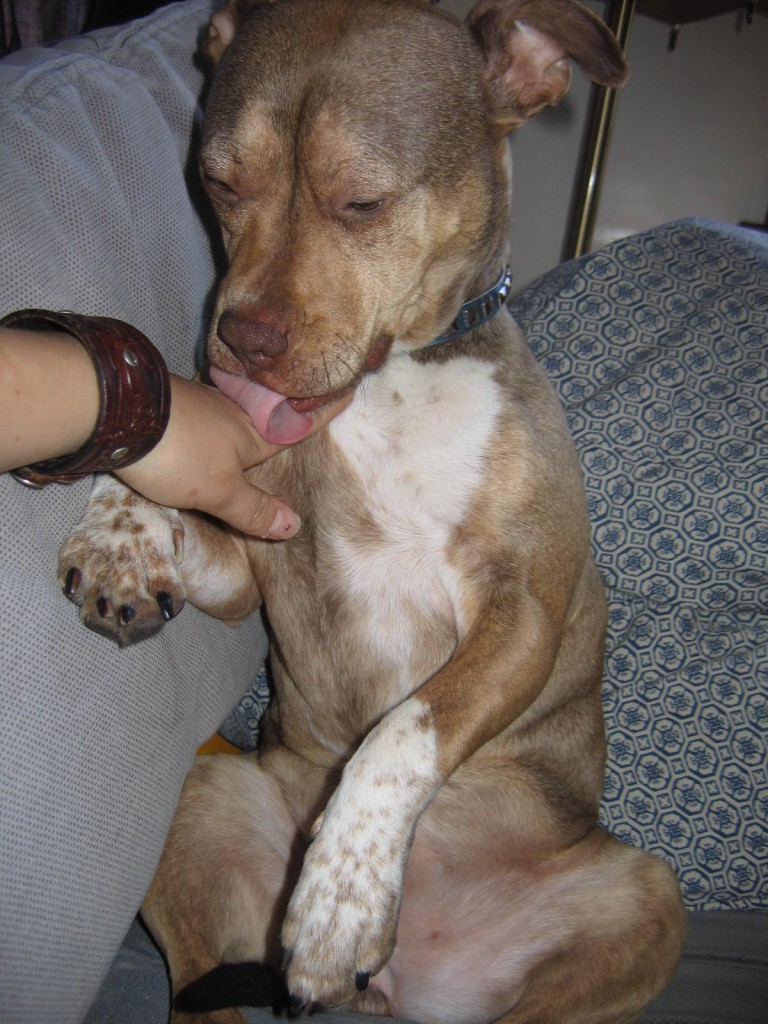 Potato tore her knee muscle in winter. I had insurance, but because she was limping prior to a minor sprain, they didn’t cover it. I couldn’t stand seeing her limping around anymore so i paid the $3000 for the kind of surgery where they cut the bone so the leg isn’t bowed anymore and so it stabilizes the knee (TPLO). She is doing ok and today is the second day after surgery.

I thought I had sedated her enough, but I left the room for two seconds, and somehow she got off her chair. I was going to let her sit in it with my help but now that is off limits. Then today, I left her in my bedroom with her cone on, I thought she wouldn’t be able to get on the bed…but when i got home she was on it. I have no idea how.

The most important thing I have learned from this is…THEY WILL DO WHAT YOU DON’T WANT THEM TO DO. She doesn’t understand that these two attempts could have easily ruined her newly operated knee, and me underestimating her also almost wasted that $3000. I’ve learned that i can’t leave her for one second, and that she is going to have to be crated. She really scared me.

Also, her ankle is a little swollen, but thanks to this web site i might not have to pay another $200 to see what it is. One of your contributors said that their dog had just fluids trapped there and that massage and ice helped with them. I called the vet, and they are calling the specialist who did the surgery for me and recommended heat. If it continues past the weekend I will go back to the vet, but this website helped me with the initial panic.

Thank you so much!