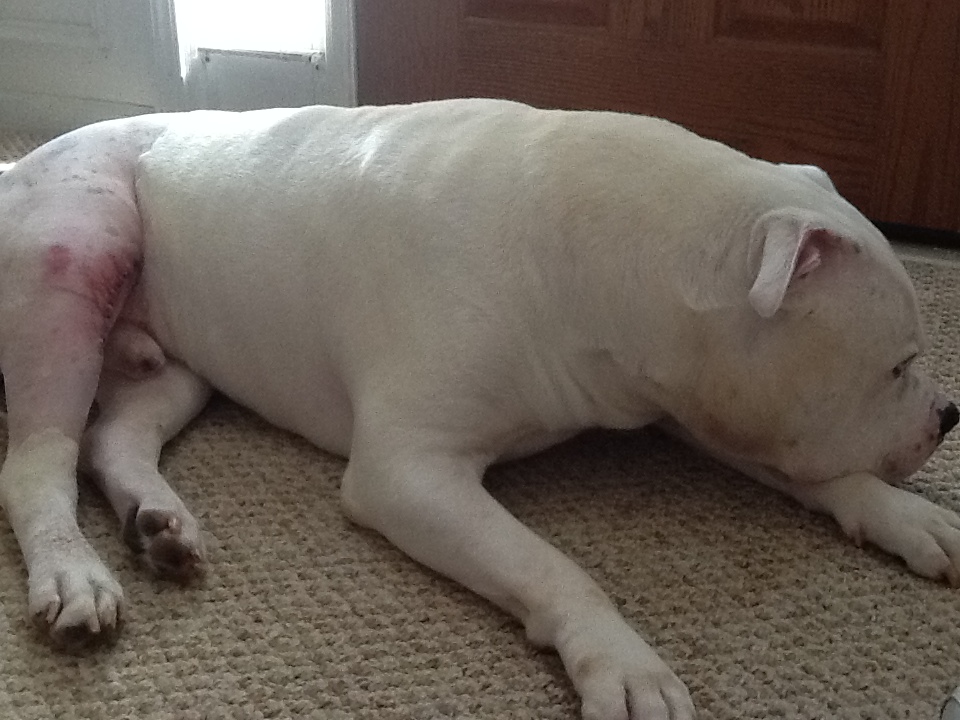 Brian was the biggest pup of his litter. Now I know not to pick the biggest, since they are more prone to problems often. At 8 1/2 years his right knee went out. That was one week ago.

Given his age and the size of this American Bulldog (120 lbs), I was not sure what I could do for my best friend and companion. He’s not really very active anymore, but he sure does love his walks. So, was trying to see what I could do for him to at least get him to still be able to go on his walks. They’re not too long (10 to 20 mins).

So, this week he went in for the tightrope surgery with the swivel lock system. He did stay at the vet hospital the night of the surgery and came home yesterday.

The surgeon mentioned the he was a “thick boy” mand had a difficult time getting past the muscle and connective tissue. But she said it finally went well.

The first night home on Tramadol and Previcox was a bit roghi, but today he seems to be in a bit more pain. I wanted to give him as little Tramadol as possible to avoid the GI upset, but don’t want to see him in pain. Let’s hope he improves in a few days.

He is putting some weight on the leg when he goes out to potty.