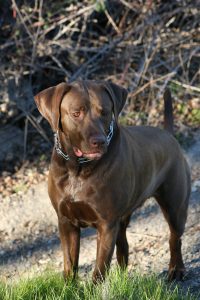 Roxie Summer 2017, Before her CCL Issue

My 2 1/2-year-old Lab/Pit Mix ruptured her CCL about 3 months ago. She weighs 90 lbs and basically ruptured her CCL while playing and running too hard. We were playing fetch when all of a sudden she began to limp and could not put much weight on her back right leg.

We took her into the vet the next day and they took X-rays. The Vet let us know that she thought it was a CCL sprain and she might get better in a week. A week went by and she did get a little better but still could not fully put weight.

We asked the Vet and did our research and found a Dr. that that specialized on the surgery. We got the operation October 2018 and it everything was going well. She was doing fine after surgery. Two weeks after the surgery her staples came out and she seemed to be healing really well.

About the third week, we began to notice that she started to limp a little more and seemed like something was wrong. We took her back into the Surgeon and he took x-rays. We found out the she had a fracture in the same leg that she had her TPLO surgery. It was a huge blow. The surgeon said that this was not common, but because of her weight and being so young she had too much energy and most likely tried to jump or sprint and she got injured.

Roxie had to go through another surgery. The surgeon was great and only charged us a fraction of the amount of the original surgery. We are not in week 2 of the second surgery and she just got her staples removed and had another X-ray. She is doing well and she is recovering.

Couple valuable lessons we learned from her first surgery:
1) Since she is so young and has way too much energy we needed to sedate her a little longer than the first two weeks.
2) We built a special containment kennel for her so she has a little room to move around but not to be able to stand on her back legs.
3) We will not let her go anywhere without a leash and have a strict policy to just let her out to pee and poop and back into her kennel or laying right with us.
4) Make sure everyone in the family is fully engaged in the recovery and knows what do to.
5) It is really hard to be so strict with our little Roxie, but I wish I would have been so and maybe she would not have a fracture and she would be better now.
6) Make sure you secure your house so that your puppy does not slip on pergo floors or tiles. We limit her walking to mostly carpet or carpet runners.

Below are a couple pictures that show her new kennel with the make shift roof. And also an image of her fracture. Good luck with your puppies!!! 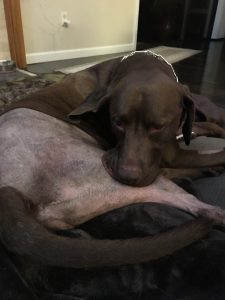 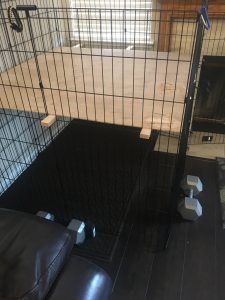 Kennel I constructed to give her space, but keep her from jumping 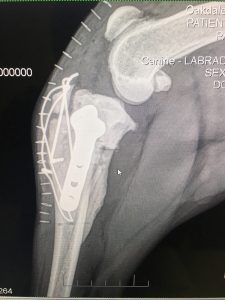 ← Buddy – Torn ACL, Conservative Management
Can A Dog Live With A Torn ACL? →