Four weeks ago my 6-year-old Greater Swiss Mountain Betty, who is very active and very healthy, tore her cruciate ligament and began limping. We love our dog very much and of course took her to a vet who did x-rays and an exam and recommended a surgical hospital that had board certified surgeons who taught other surgeons new techniques, we were told they were very good. So we took her immediately there and surgery was scheduled for the next day. All tests were done and we liked the surgeon who was very nice and of course Betty was healthy and approved for surgery. She had the surgery the next day and the day after that we took her home. The house was prepared with a soft crate for convalescence and we received a prescription for an anxiolytic because Betty can get anxious. And she had a Fentanyl patch for pain for the next week.

For the next 2 weeks, all was fine. She recouped, we carried her outside from the crate to do her business and then put her back in the crate, she ate well and was returning to her normal self and most importantly she was toe touching when we started letting her walk out of the house instead of carrying her out (this we started on day 8 of recovery). Second week to the day we had a scheduled exam with the surgeon to see how the healing was progressing and she received a glowing report from the surgeon. The surgeon took Betty away to another exam room to examine her. When she came back we were told that Betty was doing great. The surgeon did tell us that she was able to put her hunch back to her rump and she did great and that we should come back in 6 weeks. Betty was tired but walked out of the office slightly limping and occasionally toe touching the floor. We crated her in the car and came home and from this moment on all just went bad.

She slept all afternoon and night, refused food, and was lethargic. We attributed this to exhaustion and let her sleep. The next morning she ate her breakfast, did her business, and limped back into the house on 3 legs and slept and still was slightly lethargic. I called the surgeon’s office and left messages 3 times that day and was not called back. The next day I called at 8am and spoke to the surgical nurse who looked after Betty before and after surgery and told her what was going on. She was 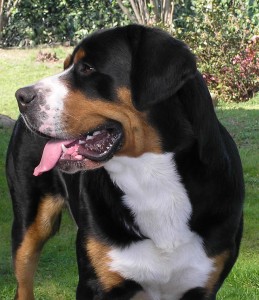 concerned and said that there could be swelling and limping after the exam and to
monitor and if she doesn’t eat then bring her in. We monitored and the next day she was better. There was no more lethargy and she was eating and doing her business, but she still was hopping on 3 legs and not putting any weight on her surgical leg. This concerned me very much. The next day we brought her in to the surgical office and she had a temperature of 104.5, had a swollen leg, and was still only hopping on 3 legs. The team at the surgical office was a different team and they examined her and said it seemed there was no problem at the surgical site and the temp could be from inflammation. So she was put on Rimadyl for 5 days and we were told to let her rest and monitor her. We declined an x-ray because of fear of more trauma to her leg.

Anyway, the next day passed uneventfully, but I was concerned for the 3 leg hopping because now it had been 4 days and the leg from the shank down was limp and Betty kept the leg high, never toe touching. So the next day (which was Friday) we brought her in because the surgeon on duty was Betty’s surgeon. This time we did an x-ray, she was examined again outside and away from us, and the surgeon even aspirated fluid from the knee to see if there was any infection, all was negative. And another good thing was that her temp was back to normal 101. And she was a little back to herself. The surgeon also said she did an neurological exam and she did fine. She told us that there was no reason that she could see why she wasn’t toe touching, except maybe pain so now Betty was prescribed Rimadyl and Neurontin for a 2 week period, on top of her anxiolytic meds.

It’s Saturday and nothing has changed. Betty is still hopping on 3 legs, refusing to put any weight on her operated leg, the swelling has gone down and we have been putting ice packs on her as recommended 3-4 times per day for 5 to 10 minutes to the leg. I am very concerned with this hopping and not toe touching and it has been a week almost that she is doing this. I am concerned about muscle atrophy and neurological damage. Can anyone please help and shed some light on this issue and my concerns? We love our Betty so much and just want to see her active again, swimming in the pool and running and being my second little girl.