You are here: Home › ACL or CCL Injury in Dogs?

ACL or CCL Injury in Dogs?

Is it an ACL or a CCL when referring to the dog knee?

First, we need to take a look at the anatomy of a canine knee joint. The way the stifle (or knee) in a dog is situated, there is a major ligament located on the anterior of the knee that plays the role of providing stability to the knee joint.  It achieves this stability by attaching to the anterior of the joint, stabilizing the femur on the tibia.  In dogs this ligament is known as the cranial (also sometimes referred to as canine) cruciate ligament, or CCL. There is also a ligament located on the posterior of the knee known as the caudal cruciate ligament which provides secondary support to the joint. 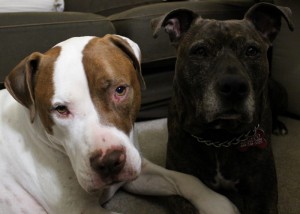 As far as dogs are concerned, the specific acronym used makes very little difference.  If you wish to be anatomically correct, a dog’s knee has a CCL and a human knee has an ACL – but the terms are often used interchangeably because of their similar function in knee stabilization. Dog ACL or CCL, take your pick – we’ve found veterinarians are more likely to call it a CCL and owners are more likely to call it an ACL – either way, we’ll know what you mean!

3 Responses to ACL or CCL Injury in Dogs?